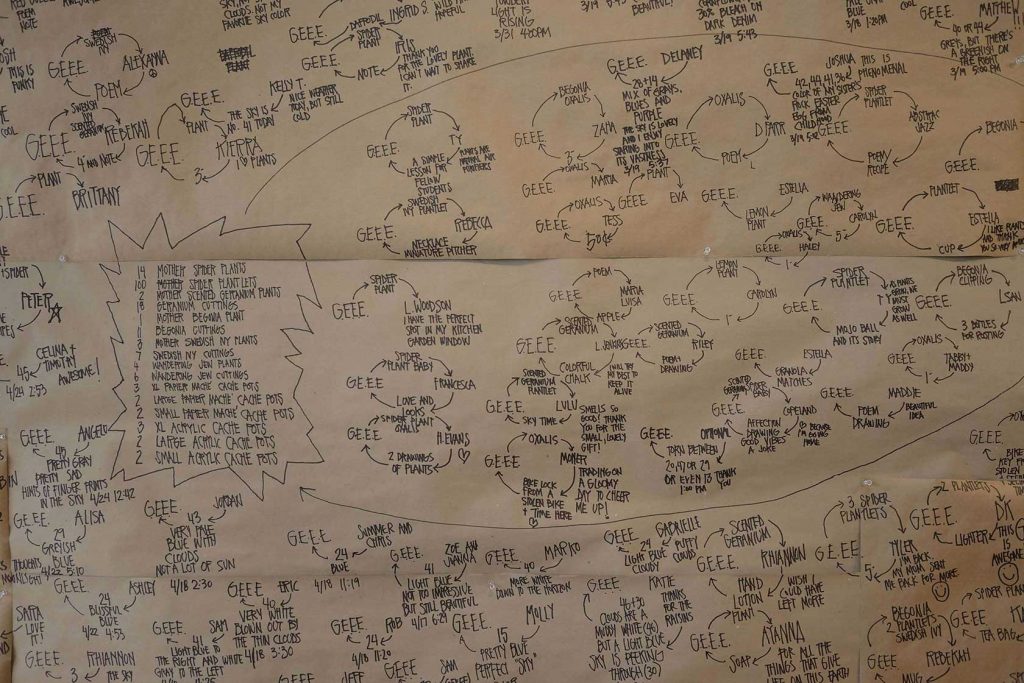 Trades to Date at the Arcade

We flyered the building and spoke to the various people at reception desks.  The word is out and we’re open for trade!

The items that people bring in for trade are a snapshot of a community’s surplus and values.  Much like an archeological dig, it’s a document of a specific time and place. Obviously, Columbia College is comprised of students, transitioning from living with parents to being independent. Some of the items traded are snacks, other houseplants, and computer accessories. It’s always interesting to discover a community’s surplus, or at least what one reveals as their surplus.  It’s funny, because we joked that someone would trade an apple, and someone did!  Obviously, college students don’t have much surplus.  It’s sweet that someone traded the canned pasta for a plant.  I really hope someone comes in and makes the connection: I’m hungry, here’s a can and the microwave is down the hall.